If you have dogs, you’ll know that they love to run around! Maybe you even like to race each other around the park. But that’s VERY different from the type of racing that thousands of greyhounds are forced to do every day. You and your dog are choosing to run around and play, but greyhounds don’t get a choice.

At racetracks, dogs—usually greyhounds—are forced to run around a circuit. The one who crosses the finish line first in each race is named the “winner.” People try to win money by making bets on who that will be. But no dog really wins, since racing is actually very cruel for dogs, who may even be killed.

Greyhounds are used for racing because they naturally run very fast. Humans make the fastest dogs have puppies and often kill the ones who can’t run fast enough to win races.

Greyhounds are forced to race in very cold and very hot temperatures, which isn’t safe for them, as they don’t have a lot of body fat.

Why It’s so Cruel

Dog racing is banned in 40 states, but there are still 21 dog racetracks in the U.S. Since 2008, almost 1,000 greyhounds have died because of dog racing. If animals are dying, it isn’t a sport!

Dog racing is still legal in Florida, where one greyhound used for racing dies every three days on average.

Whenever humans use animals for entertainment, they treat making money as more important than looking after their happiness or health. Greyhound racers care most about making the dogs quicker so that they win more money. Sometimes, they even give them drugs to make them run faster. They see them as products or things, not living beings.

Cruelty Away From the Racetrack

Greyhounds used for racing don’t get to enjoy their lives like the dogs who share our homes do. When they’re not racing or being trained, they’re often in cages and sometimes muzzled up to 20 hours a day. Can you imagine how much it’d hurt to have something over your face to stop you from opening your mouth for that long?

The good news is that many people are learning about the cruelty of dog racing and deciding not to go to races anymore. No one wants to be entertained by animals who are being abused, and that’s why circuses and marine parks with animals are getting less popular, too.

Never visit a dog racetrack. If your friends or family want to, explain that the dogs are treated badly and suggest a different activity instead.

Sometimes, greyhounds who have been used for racing are put up for adoption. If you and your family want to adopt a dog, consider giving one a second chance at a loving home! If not, you could volunteer at a greyhound rescue.

The best way to protect greyhounds is to help end dog racing altogether.

Why Sled Dog Racing is Cruel 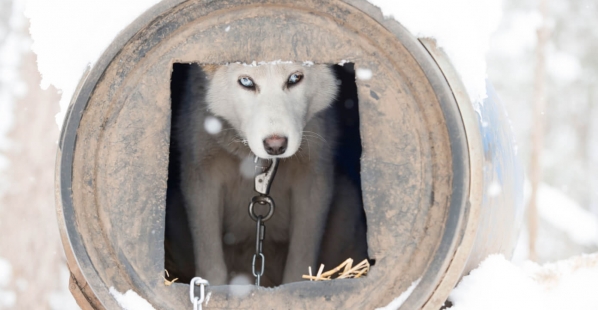 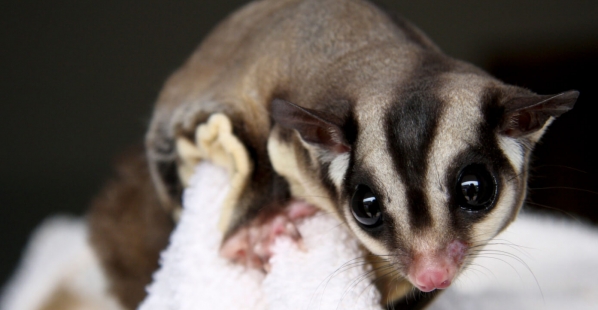 Why Exotic 'Pets' Don't Belong in Your Home