Adapted from a peta2 feature.

Question: What could possibly be more thrilling than the idea of delicious snacks without any animal-derived ingredients in them?

Answer: Jumbo-size packs of snacks without any animal-derived ingredients in them!

Try not to drool as you read the following list of vegan treats and foods that can be found in bulk at Costco. ?

If crackers are your snack of choice, you’re in luck. Costco carries everything from Triscuits and Wheat Thins to Ritz and Crunchmaster Multi-Grains.

You wouldn’t think that pretzels would get their own snack category until you realize that Costco carries multiple kinds—from Kirkland Signature peanut butter–filled pretzels to Snack Factory Pretzel Crisps.

From pine nuts to pistachios and everything in between, Costco rocks the nut selection.

If you’re a healthy snacker, this will make your day: Costco has roasted and seasoned seaweed snacks, SkinnyPop popcorn, and crispy crunchy chickpeas.

It also has lots of fruity snacks, like dried mango slices, apple chips, mango-pomegranate-coconut chews, raisins, applesauce, and peach cups. It even carries prepackaged fresh fruit, such as apple and mango slices.

At Costco, there are options for crunchy and creamy lovers alike.

The hummus selection at Costco is nothing short of breathtaking. Oasis Naturals offers flavors like Cilantro Jalapeño, Spicy Red Pepper, and Chipotle. Kirkland Signature has its own prepackaged hummus snack packs, and Sabra doesn’t disappoint with its Roasted Pine Nut Hummus (*salivates profusely*).

We have a lot to work with in terms of Costco’s guacamole selection. It carries Good Foods Chunky Guacamole and Wholly Guacamole mini guac cups for healthy snacking on the go.

And for those who can’t decide between hummus and guac, Costco has spicy avocado hummus. (My mind was blown, too.)

No matter what your cookie preference is, you’re covered at Costco. It carries Belvita biscuits, Animal Crackers, and Biscoff cookies.

Costco has Justin’s peanut butter cups. Tell everyone you know!

It also has dark chocolate–covered coconut chips and Hershey’s Chocolate Syrup as well as chocolate bark thins and Belgian chocolate thins—because we all like to pretend that desserts with “thin” in the name are healthier.

Costco carries entire meals that are made without any animal-derived ingredients.

The Ajinomoto veggie yakisoba bowls are out of this world, and Don Lee Farms blesses the store with its veggie bowls that fulfill any lunch or dinner needs.

Yes, Gardein gets its own section, because vegan meats are everything, and no one does them better than Gardein. Its meatless Mandarin Crispy Chick’n and Golden Fishless Filets are nothing short of works of art.

Yep, curries—as in more than one. Costco has multiple kinds of vegan curry, from Maya Kaimal Coconut Curry to Sukhi’s Roasted Tomato Curry with Kale & Chickpeas.

Who doesn’t love a good ol’ Smuckers PB&J sans crust every once in awhile? And Dr Praeger’s vegan burgers are everything.

If you don’t feel like whipping up something from scratch, Costco offers pasta dishes like green pea rotini and organic edamame spaghetti.

And if you’re like me and want your meals be ready in less than two minutes, it sells easy-to-make, delicious millet & brown rice ramen.

It also offers a seemingly endless array of vegan breads …

… and even vegan beverages like coconut water, soda, and dairy-free milk.

If you’re not a fan of in-store grocery shopping, here are vegan foods that are available for delivery from Costco.com. You’re welcome. 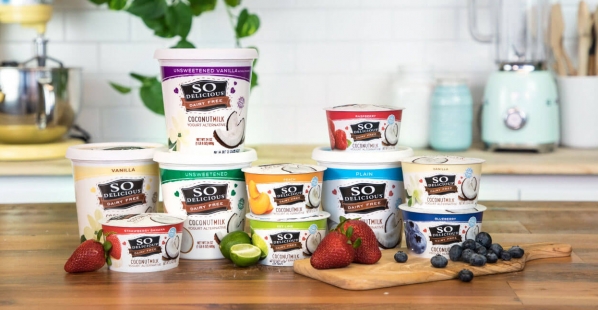 Where to Get Your B12 When You're Vegan 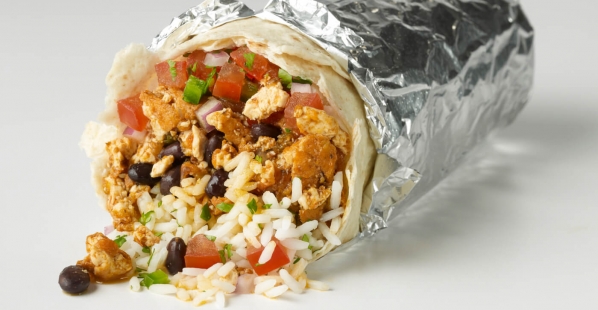 Guide to Eating Vegan at Chipotle