Would you dissect her?

Of course you wouldn’t! So what’s the difference between her and the millions of cats, pigs, mice, frogs, and other animals who end up on dissection trays in schools around the country? Nothing.

Most animals used for classroom dissection were once alive and didn’t want to die. I mean, come on! Would you want to end up on a dissection tray for a classroom experiment? No way.

Many of these animals suffer greatly before being shipped to schools and used in a school lesson. Every year, millions of frogs are taken from their homes in the wild.  Baby pigs are cut from their mothers’ wombs in slaughterhouses. Rabbits, mice, rats, and other small animals are bred in warehouses and never allowed to experience a happy or natural life. Instead, their whole lives are spent in cramped cages until it’s time to be killed for dissection.

Compassionate kids everywhere are standing up and saying NO to classroom dissection, and YOU can be one of them!

Many states and territories in the U.S. and Canada already have dissection-choice policies (meaning schools are legally required to give you a humane alternative). Your school could be one of them. If you live in one of the states or territories listed below, just click on its name to print out your state- or province-specific leaflet, which you can give to your teacher.

Be sure to explain to him or her why you’re choosing not to dissect (even though it should be obvious—dissection kills!). Tell your friends and classmates that they have the choice to say no, too!

Don’t See Your Region Listed Above?

If you don’t live in one of the states, provinces, or territories listed above, don’t freak out! Ask your principal or teacher if your school already has a dissection-choice policy.

If the answer is no, don’t worry! You’re not out of luck. Just print out a petition and ask your friends and classmates to sign it. Explain to them why dissection is wrong, and let them know that they deserve a choice. Once the petition has enough signatures, show it to your teacher and/or principal and ask for a different assignment. You can also ask your parents to speak to your teacher or principal about why you’re against dissection.

Don’t get stumped if your friends or classmates ask you why you’re against classroom dissection! Below are common questions you might get and how you can answer them:

Don’t get stumped if your friends or classmates ask you why you’re against classroom dissection! Below are common questions you might get and how you can answer them:

Who cares about rats or frogs?!

You should! All the animals who commonly end up on dissection trays—no matter how big, small, furry, or slimy—feel fear, pain, and suffering. They may look different from our animal companions, and they may not be able to ask us not to hurt them, but do you honestly think anyone wants to be killed and cut up? No!

But aren’t the animals already dead?

All the animals used for dissection were once alive, and none of them wanted to die. Animals used in dissection are torn from the wild, killed in slaughterhouses, or bred in warehouses. The best way to avoid cruelty to animals in the classroom is to ditch dissection and request non-animal teaching methods instead.

Aren’t you just being squeamish? Stop being a baby!

Feeling that dissection is wrong has nothing to do with being afraid or squeamish. It’s about not wanting animals to suffer or feel pain. The National Science Teachers Association instructs teachers to respect students’ decisions in choosing not to dissect and to provide them with humane alternatives.

(Although cutting open a once-living being and looking at its guts would probably make us feel woozy, too!)

Why do you want an alternative to dissection?

Forcing someone to suffer for others’ education is wrong, and it doesn’t make sense to teach a lesson about life by killing animals. There are many alternatives to animal dissection that have been shown to teach students better than dissecting dead animals. Students all around the country agree that it’s wrong to support dissection.

What are the alternatives to dissecting animals?

There are many modern, educationally superior alternatives to dissection—and guess what? They could even help your school save money!

Think about it: How could it make sense to buy dead animals year after year, class after class, when a computer program can be purchased once and used by many classes for years?

Check out these humane options and share them with your teacher:

Will non-animal teaching methods teach students as well as animal dissection does?

Yes! Dozens of studies show that students who use humane alternatives learn as well as, and in most cases better than, students who dissect animals. Studies have also shown that students interested in science sometimes lose their interest after being forced to go through the traumatic experience of dissecting animals.

What if I want to be a veterinarian? Shouldn’t I dissect?

No. If you want to be a veterinarian, you probably care about animals and don’t want them to suffer for you. Many vet programs have largely replaced dissection with modern methods such as computer software, models, and plastinated specimens. But just as human doctors dissect cadavers, it’s important for veterinarians-in-training to study anatomy up close as well. For this purpose, many vet schools obtain only animals who died from natural causes and whose bodies were donated (just as human bodies are) rather than cutting up animals who were purposely killed.

What if I want to be a doctor? Shouldn’t I dissect?

All U.S. medical schools—including Yale, Harvard, and Stanford—do not use any animals to train medical students, and experience with animal dissection and experimentation on live animals are not required or expected of those applying to medical school. Medical students are trained with a combination of human-patient simulators, interactive computer programs, safe human-based teaching methods, and clinical experience. Today, you can even become a board-certified surgeon without harming any animals.

Do alternatives cost a lot more?

No! Purchasing dead animals for students year after year is wasteful when you consider that a single computer program can be used indefinitely. Using interactive software will actually save schools money, and some programs are totally free! Another bonus? Students wouldn’t have to come into contact with cancer-causing chemicals like formaldehyde, which is used to preserve dead bodies.

If you sit out of the dissection lesson, will you have to write a 15-page paper?

Show your teacher all the humane alternatives out there and ask if you can do virtual dissection instead. Many states even have laws or policies stating that the alternative assignment must be an equal amount of work and cannot be used as a punishment. If your teacher still won’t budge on an alternative project, e-mail us at [email protected], and we can help!

Cutting up a dead animal is no way to learn about life. By choosing not to dissect and explaining to your friends why dissection is wrong, you’ll be a hero for millions of frogs, mice, cats, and pigs everywhere! 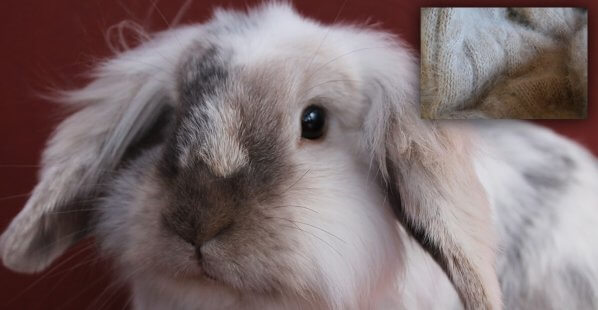 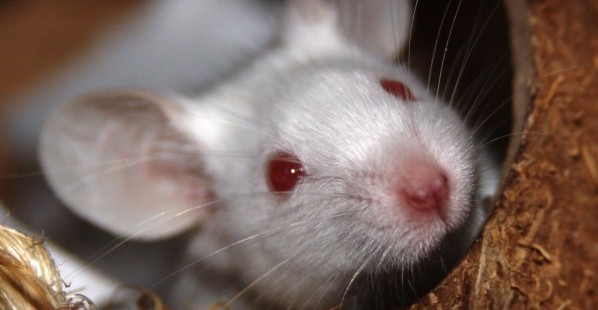