Rabbits are such interesting animals. They love to play, relax, and cuddle with their favorite bunny friend. Learn more about them with these 17 rabbit facts:

1. Bunnies have lots of babies.

Rabbits can have multiple litters each year, giving birth to up to nine babies, known as “kittens,” each time. In nature, they’re born helpless in a shallow hole lined with grass and their mama’s fur. Mother rabbits spend only a few moments each day with their babies to avoid drawing predators’ attention to them. The babies grow quickly and continue to live together as a family.

2. Shelters take in more bunnies than any other type of animal other than dogs and cats.

When you think of animals in shelters, dogs and cats probably come to mind first. But there are tons of homeless bunnies, and they need love, too. Every Easter, lots of parents give in to the “Easter bunny temptation” and buy a rabbit for their kids. Once the “bunny fever” goes away, though, many people leave their new purchases alone in small outdoor cages called hutches, drop them off at animal shelters, or release them outdoors, where they often starve or are killed by predators. Most bunnies purchased as “pets” end up dead or abandoned by their first birthday.

3. They get grumpy if you intrude on their space.

When you adopt a rabbit, you quickly learn that they’re very particular about their territory. They need lots of space and have specific spots where they like to eat, sleep, and use the “bathroom” (kind of like humans!). If you invade a bunny’s space, they may grunt at you so that you know to back off.

You’re probably wondering what that funky word means, huh? Well, we’re about to explain. Lots of people think that rabbits are nocturnal animals (who sleep during the day and stay awake at night), but they’re not. Bunnies don’t sleep at night and stay up during the day like humans do, either. They are crepuscular. Yup, there’s that word again! It means they’re most active at dusk and dawn.

Animals need to go to veterinarians when they’re sick or injured, and bunnies need to visit one who specializes in caring for their species. These types of vets can be more expensive and harder to find than ones who care for cats and dogs, but it’s important to take bunnies to someone who knows a lot about them.

These symptoms aren’t necessarily signs of neglect, but they are signs that a bunny needs to see a vet: a runny nose, sneezing, a head tilt, listlessness, and diarrhea. If you have a bunny or see someone else’s, keep an eye out for these symptoms! Be sure to have your bunny spayed or neutered. Like dogs and cats, bunnies live longer and are healthier when they’re spayed or neutered. In female rabbits, the risk of reproductive cancer (which is deadly) is a whopping 80% before they’re spayed!

6. Bunnies need to be brushed regularly.

Bunnies shed a lot and can get hairballs from grooming themselves, but they can’t cough them up like cats do. If they get a hairball, they may need to be taken to the vet to be treated (and possibly even operated on!) or they’ll die. So it’s very important to brush them regularly to remove the loose fur from their coats and prevent hairballs from forming in the first place.

If you were trapped in a little cage with no friends or toys to play with, you’d get lonely and bored, right? Well, rabbits are the same way. They need opportunities to socialize, lots of space to run around, and plenty of toys to keep them entertained—otherwise, they can become withdrawn or depressed. Some common household items, like paper towel rolls and cardboard oatmeal canisters, can make for fun bunny games. Just fill them with timothy hay and watch as your bunny rolls, chews, and plays joyfully. ♥

They’re different from kitty purrs, but bunny purrs will melt your heart all the same. A bunny purr sounds almost like teeth chattering quietly or light chomping. Talk about cute, huh?

This, my friends, is a bunny binky:

The Adventures of Bugsy

Watch that on repeat and try not to smile. We think it would be almost impossible to keep a straight face!

A rabbit’s nails are always growing and need to be trimmed regularly—about once every six weeks. And unlike the teeth of humans, dogs, and cats, their teeth continue to grow, too! It’s really important that bunnies always have lots of timothy hay and wooden toys to chew on so that their teeth don’t get too long.

If their teeth aren’t being ground down normally, rabbits may find it too painful to eat and could even starve. Be sure to watch your bunny’s eating habits closely, because going even 12 hours without food can be deadly for them.

11. It can be dangerous for bunnies to go outdoors without careful supervision.

Companion rabbits should never be kept outdoors. Those who are forced to live outside could be hurt or killed by predators. Other animals aren’t the only danger for rabbits when they’re outdoors. Some lawns are sprayed with pesticides (poisons meant to kill bugs and other “pests”) that can make bunnies sick or even kill them.

Be sure to keep your bunny safe indoors at all times. Bunnies like to dig, so make an indoor “digging box” by filling a large plastic bin with organic peat moss.

This means that bunnies will do anything they can to show that they’re not weak, easy targets for animals who want to eat them. If they’re sick or injured, they’ll hide it as best they can, so it’s important to pay close attention to them to make sure they’re healthy. Scared bunnies may also run or jump away so quickly that they hurt themselves, so try not to startle your rabbit and don’t pick them up or hold onto them. After all, it’s no fun to be scared silly.

Yup, that’s right. Bunnies need to digest some of their food twice. Healthy bunnies eat soft “cecotropes” (nutrient-packed droppings) that look like poop. The hard, round pellets you see are from the second round of digestion. When you think about it, it’s pretty cool!

14. Every bunny has a unique personality, just like you and me!

Every rabbit is different. It can take a long time to get to know them, and it’s hard to tell if they’ll get along with another companion animal—even another rabbit. Making sure two rabbits get along takes a lot of time and energy. It can be dangerous to put two who don’t know each other together, so keep that in mind if you plan on adopting more than one rabbit.

15. Rabbits are sometimes killed for their fur.

When they’re used for clothing and accessories, bunnies suffer. On angora fur farms, they’re usually kept alone in small cages, and workers on some farms rip their fur out as often as every three months—causing the rabbits to scream in pain—so it can be used to make sweaters, scarves, and other items. Bunnies need their fur—we don’t!

Rabbits are very sensitive, and the excitement of even a gentle toddler is too stressful for most of them. These animals like to hide, and they become frightened when they’re held or restrained. Plus, because they don’t “play” like other animal companions, children often lose interest in them, leaving them to suffer all alone in cages.

17. Rabbits are not “starter pets” or Easter gifts.

Bunnies are often bought as “starter pets” or given as Easter presents because many people think they’re less work than dogs and cats. However, that’s simply not true. Some rabbits need even more time and attention than other kinds of companion animals. They need to be potty-trained, and the house they live in needs to be bunny-proofed in order to make sure it’s safe for them—otherwise, they may try to sharpen their teeth on electrical wires, houseplants, or furniture.

Bunnies can live 10 years or longer, so if your family is planning to adopt one, make sure you’re ready for some serious responsibility. If you think you’re someone who would enjoy sharing your life with a bunny, research the type of care they need and then visit your local animal shelter or rabbit rescue group.

Give Bunnies a ‘Hand’ With This Activity! 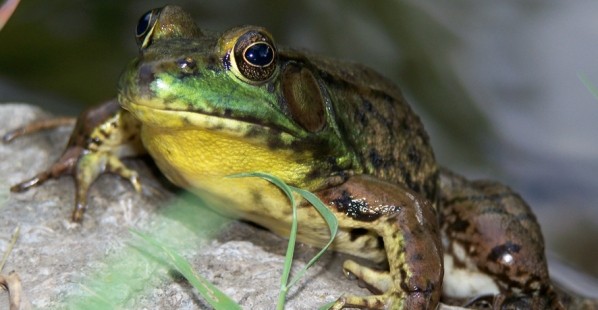