Ready to save animals in a whole new and exciting way? Look no further! Download the new game app Paintball Hero and work for animal liberation like a total superstar from your iPhone or Android.

The mastermind behind Paintball Hero is nothing short of a tech genius. At 17, Skylar has served on peta2’s Youth Advisory Board and won a peta2 scholarship to develop a brand spanking new gaming app. Simply put, he’s our real-life hero.

“PAINTBALL HERO STARTS A CONVERSATION, BECAUSE A PROBLEM CANNOT BE SOLVED IF NO ONE IS TALKING ABOUT IT. PLAY THE HERO ON A MISSION TO BRING ANIMAL ABUSE TO THE PUBLIC’S ATTENTION AND TO UNDERMINE A CRUEL CORPORATE AGENDA.”

What Makes the Game So Rad?

Paintball Hero sends players on important and engaging missions: In the first level, they can save animals trapped on a factory farm. “Here, cows are torn away from their mothers at birth and strapped to machines for milk production,” Skylar explains.

With the paintballs that you pick up on your mission, you can “educate” (aka “K.O.”) corporate enemies. Having an animal by your side on your mission to combat ignorance is pretty cool, too.

In the second level, players head to a rainforest to save animals and stop deforestation.

In the final level, players go to the circus in order to save animals abused for human entertainment.

And while you save animals in the digital world, proceeds from your in-app purchases will be used to combat animal abuse in the real world, too!

Paintball Hero is available for iOS and Android devices. Just search for “Paintball Hero” in the Google Play Store or Apple Store and you’ll be one step closer to becoming a hero. 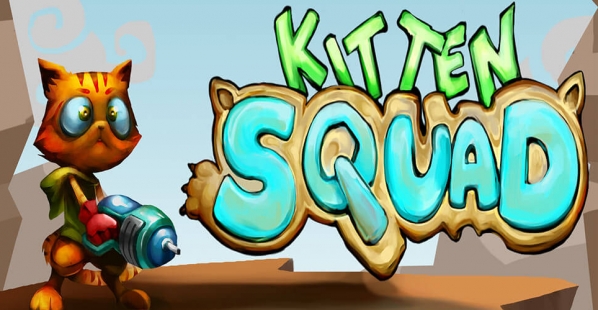 Fight Evil Robots and Save Orcas in PETA's FREE Game

Fight Evil Robots and Save Orcas in PETA’s FREE Game