Sunder the Elephant’s Journey to Freedom

Sunder the elephant had a very rough start in life. For years, he had to endure terrible pain and suffering at the hands of some mean humans. However, unlike many abused animals, his story has a happy ending. ♥

Take a look at precious Sunder’s journey to freedom (and check out his rescue video!):

Sunder is given as a gift to a temple in Kolhapur, India.

At the temple, Sunder spends his days alone and chained in a dark shed. His mahout (handler) regularly beats him. Can you imagine being kept in a dark room by yourself and only ever seeing someone who hurts you?

At one point, in an attempt to escape his abusers, he pulls down the concrete post that he’s tied to. The frightened elephant runs through a market.

He’s seen with an injured eye, a hole in his ear that was likely caused by the bullhook (an iron weapon with a hook at one end) used by his mahout, and scars all over his body.

Word spreads about Sunder’s abuse, and Maharashtra Minister of Forests Dr. Patangrao Kadam and the Project Elephant division of the Ministry of Environment & Forests order that Sunder be released to a sanctuary. However, the order is not carried out, and instead, Sunder is hidden inside an old chicken shed, where he remains chained.

PETA India releases undercover footage of Sunder’s mahout violently beating him with a wooden stick. The elephant’s body has clear signs of serious abuse. Photos show that Sunder is forced to stand on concrete all day and isn’t allowed to exercise, which is very important for elephants’ mental and physical health.

That would be like someone forcing you to stand on cold, hard ground all day long and not allowing you to run around and play with your family and friends. Elephants forced to live in such conditions are more likely to develop foot and joint conditions, which can eventually kill them.

After watching the video, thousands of people from around the world take action, spreading the word on social media and writing to authorities to demand that Sunder be released.

PETA India files a petition with the Bombay High Court asking the Maharashtra Forest Department to finally send Sunder to a sanctuary where he can safely and happily live out his life.

Sunder begins his journey to a sanctuary! However, it’s not an easy one. Before he’s loaded onto the truck headed for the elephant-care center, the experts who traveled to Kolhapur to help with Sunder’s trip are met by the angry, screaming men who abused Sunder for so long.

The mahout purposely shouts the wrong commands in order to confuse Sunder. One person even pops the rescue truck’s tires in an effort to keep Sunder in Kolhapur, where he has been suffering for years.

Once the truck is on its way to the sanctuary, a mad motorcycle gang follows behind it. Police officers, the team of experts, and Maharashtra Forest Department officials all travel with Sunder on his journey to a new life.

Sunder arrives at his new home, the Bannerghatta Biological Park. At the sanctuary, he will soon join a herd of 13 other elephants in a spacious 122-acre forested area with beautiful ponds and streams.

Can you imagine being rescued after so many years of torture? We think it must have been pretty awesome for Sunder.

Sunder is already making himself at home at the elephant sanctuary, where he will soon join a herd of 13 elephant friends!

Sunder is being held in a separate area of the park and is loosely restrained while he learns to trust his new caretakers. He also receives medical treatment for a serious leg injury that was caused by years of being chained.

Sunder is greeted with fruit when he arrives at the sanctuary.

Sunder’s soon-to-be BFF’s enjoy the lake! Sunder’s new home is a spacious, forested area where he can explore.

Sunder has been at the Bannerghatta Biological Park and free from abuse for one month. His horrible leg injury (and his spirit!) has started to heal.

Sunder enjoys his first bath in a pond. He loves water and using his trunk as a snorkel.

He makes lots of other elefriends in his new home.

Sunder is getting to know baby Shiva.

Lakshmi and Sunder love hanging out.

Because Sunder endured so many violent beatings and spent so much time alone, his new caretakers continue to handle him very carefully and keep him lightly restrained until he learns to trust those around him.

With the help of PETA India, the Bannerghatta Biological Park becomes India’s first free-roaming elephant sanctuary. New solar electric fences for Sunder and his elephant friends are built. Now the herd will be able to roam, bathe in ponds, and socialize without being confined to smaller areas.

With the new fencing, Sunder’s home could act as a model for elephant sanctuaries throughout Asia. This means that even more elephants could live happy, free lives! ?

Now that they have the freedom to carry out their natural behavior within a large open space that they can call their own, Sunder and his new family will continue to live happily ever after. 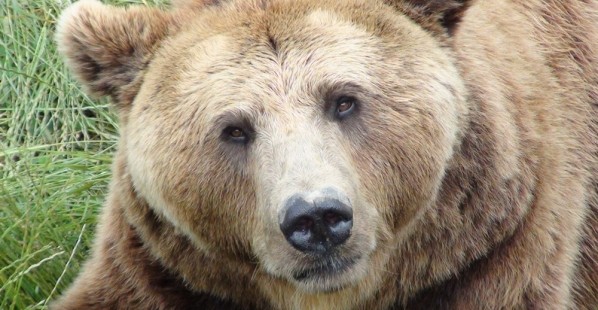 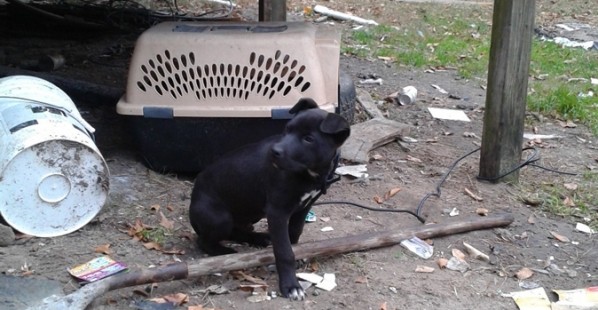