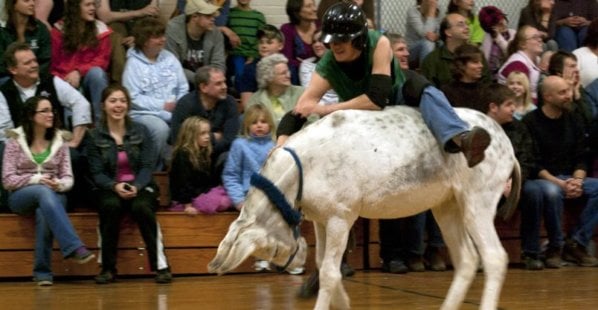 Stick Up for Animals This School Year: Talk to Your Teacher! 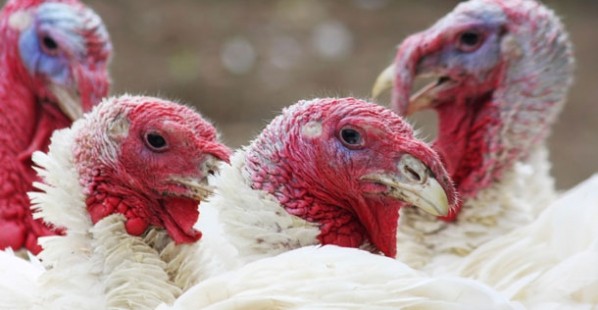 3 Ways You Can Help Turkeys This November

5 Examples of Speciesism—and How You Can Help Stop It!

Speciesism—the idea that we can treat some animals one way and others a different way based on their species—is wrong. All animals deserve to be treated with respect and kindness, no matter what! Unfortunately, animals other than humans are often seen as nothing more than research tools, food, fabric for clothes, or toys, just because they’re not members of our species. ?

To understand common acts of speciesism and how we can work toward ending it, let’s look at these five examples:

1. The idea of eating a dog absolutely breaks people’s hearts and sounds barbaric, yet they’ll eat a cow, a chicken, a turkey, or a pig without thinking twice.

2. Some cities—or states, like California—don’t allow fur to be sold there, yet wool is still sold in these places, even though using animals for fur and wool is equally cruel and wrong.

3. Animal shelters hold fundraisers to help certain species—like dogs, cats, and rabbits—have a better life, while serving the dead bodies of other species (like pigs, chickens, and cows). Although this is done with good intentions, it can confuse the people attending and can prevent farmed animals from getting the help they need.

4. The thought of drinking cat’s or dog’s milk is seen as more disgusting than drinking cow’s milk—even though all these animals are other species, and like humans, they make milk for just one reason: to nourish their young.

5. Wearing the skin of a dog or cat would freak most people out, yet many wear shoes made of cow skins (aka “leather”) without thinking twice.

With small changes, anyone can help stop the mistreatment of sheep, pigs, cows, chickens, and others who are just as worthy of a good life as dogs, cats, and humans are. Speciesism must be ended so that all animals can be treated with the respect that they deserve—and you can help by doing the following:

Tens of billions of animals are killed for food annually just in the U.S.—help reduce this number by pledging to go vegan.

Help end the horrible cycle of torture that hundreds of thousands of animals are forced to go through every year for products like shampoo, toothpaste, and body wash. Stock up on your favorite vegan and cruelty-free bath products, sunscreens, and more to stick up for animals used in product testing.

By choosing only fake skins, wool, and fur, you’ll help prevent animals from suffering and dying. Check out our clothing guide to find out how to wear vegan.

Take action to save more animals by encouraging your friends, family, and classmates to go vegan, too! Each person who decides to eat vegan, go faux, and shop cruelty-free can save nearly 200 animals a year.