Besides “vegan,” “vacation” is our favorite V-word. Going on vacation is so much fun! If your family has already been on a trip to somewhere warm and sunny (or is planning one), you might have seen (or will see) places that allow you to swim with dolphins. These tourist traps are anything but fun and exciting for the dolphins. Unfortunately, dolphins who are being used to entertain tourists around the world are often torn away from their families in the ocean and forced to perform.

Where Do Some ‘Swim With’ Dolphins Come From?

The dolphin-swim industry actually supports the Japanese dolphin slaughter! There’s a town in Japan that has given fishers permission to kill hundreds of dolphins each year to be sold for their meat. Not only do they capture the dolphins to kill them, they also pick out the most attractive ones to sell to marine parks and dolphinariums for a lot of money. Other tourist traps force their female dolphins to become pregnant in order to produce more dolphins for the park.

How Does Swimming With Them Harm Them?

Dolphins aren’t meant to live in captivity. They communicate using something called sonar. This means that they use sound waves to figure out the sizes, shapes, and locations of other things in the water. When dolphins are confined to tiny concrete tanks, they suffer as if they were “a person being blindfolded in a jail cell.”

A lot of these dolphin experiences offer a “shallow water” opportunity aimed specifically at kids or people who don’t swim. That means that the water is too shallow for dolphins to live comfortably. They love to dive deeply and swim vast distances every day in the ocean. They aren’t able to do any of these things in small tanks with humans!

Dolphins are very social animals, and in the ocean, they stay with their pod, which is a group of family and friends who choose to swim and live together. In captivity, they’re forced to be with a group of other dolphins they might not get along with very well. How would you like to be stuck with a bunch of people you’re always disagreeing with?

Forcing the dolphins to interact with possibly HUNDREDS of humans every day is exhausting for them. Illnesses can be passed between dolphins and humans. Stressed dolphins can become aggressive, and people have been bitten. Foreign items like coins, sunglasses, or toys may be dropped in the water, where dolphins can swallow them and get sick or even die.

What Can You Do?

The “swim with” companies make a lot of money by selling these excursions. But these businesses mean a lifetime of suffering for the dolphins involved. The easiest way to help is by not buying a ticket to swim with dolphins and telling your friends and family why they shouldn’t, either.

When you’re on vacation, say no to cruelty. There are a lot of fun things to do instead! For instance, you could do one of these:

The Cruelty Behind Elephant Rides 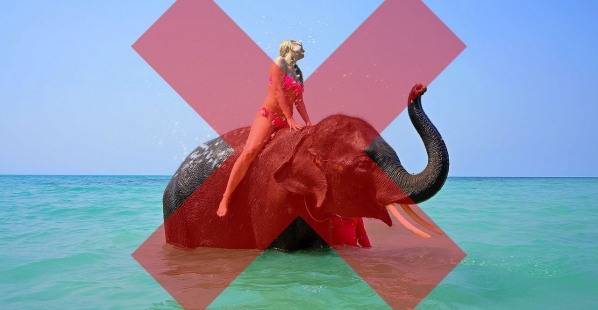 Why Elephant Rides Are Wrong 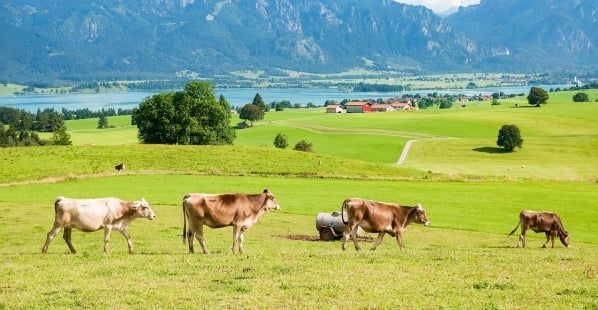