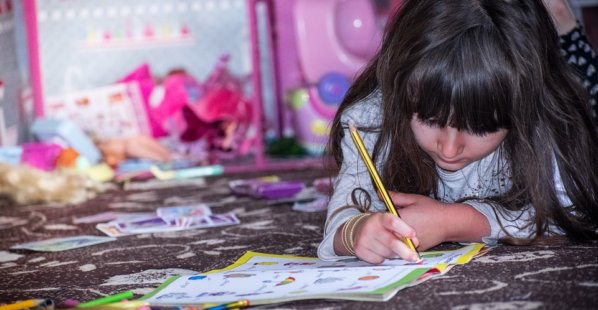 Animal-Friendly Activities to Do at Home! 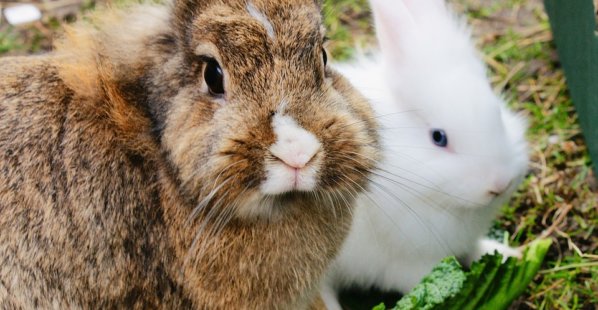 Give Bunnies a 'Hand' With This Animal-Friendly Activity

Everyone’s self-isolating at home, so there’s never been a better time to play video games—like Nintendo’s new one, Animal Crossing: New Horizons. This vegan guide to it will help you make sure you’re being kind to the virtual animals in the game and give you an opportunity to help real animals while enjoying your island life.?

Is fishing in Animal Crossing vegan?

This is a biggie. Fishing isn’t vegan! You shouldn’t fish in real life, so you shouldn’t do so in the game, either.

Sure, the fish in the game don’t feel pain (unlike those in real life), but fishing is harmful to animals and the planet. This is your island, and it’s your job to protect it. Tearing the wildlife right out of their ocean homes so that you can “donate” them to Blathers for museum exhibits is not only cruel but also bad for the environment.

On the island, villagers of all different species (from elephants and ducks to humans and pigs) are able to live together just fine, so it’s disappointing that the game encourages cruel treatment of fish and insects. Instead of being recognized as individuals who deserve kindness, they’re presented as forms of entertainment for the other villagers. Your island should be a safe space for all animals, big and small.

Is it OK to catch bugs in Animal Crossing?

From butterflies to wharf roaches, your island is a perfect home for lots of insects and other little animals. Keep it that way!

Blathers would like to build a museum of fish and insects on your island. Don’t let him do it!

Just as fish don’t belong inside tanks, insects don’t belong inside cramped cases in a museum for other villagers to gawk at. Your island should be a place where wild animals are free to live without being captured and used. In the real world, animals suffer in captivity at places like SeaWorld and roadside zoos. They’re deprived of everything that’s natural and important to them. In Animal Crossing, you have the choice to let the animals on your island live free from harm, so please, leave them alone!

On your island, you can dig for clams—but you shouldn’t.

Even though most of us aren’t as familiar with clams as we are other animals, they are still deserving of our respect. Although it’s unclear whether they feel pain, in the real world they play an important role in the ecosystem. And if they do feel pain, they would make up a huge group of animals suffering for food every year. It’s better to be safe than sorry, so don’t dig for clams on your island.

Should I leave the hermit crabs in the game alone?

Hermit crabs love hanging out on the shore of your island, so leave them there. When you capture a hermit crab, the screen says, “I caught a hermit crab! I think it wanted to be left alone!” In this situation, the game tells us that we shouldn’t be bothering these animals and taking them from their homes—and we should listen.

In real life, hermit crabs can live for more than 30 years in their natural habitat on tropical seashores, but after being purchased in the pet trade, most don’t live for more than a few months to a year. Don’t take hermit crabs from your island’s beaches and sell them to Blathers or Timmy Nook. They’re not objects—they’re individuals!

What would a vegan eat on a desert island?

Now, the whole world knows the answer to the eternal question of what a vegan would eat on a desert island: fruit! In the game, it makes you strong. ?

When you eat enough fruit, you actually become strong enough to shatter rocks and receive extra bells and resources from them.

Which fruits can I eat in the game?

Islands have different starting fruits, including these:

Visit friends or mystery islands to collect every type of fruit for a colorful menu of vegan snacks.

Should I build a doghouse?

If you get instructions to build a doghouse, don’t—because dogs should live indoors! Life on a heavy, short chain is all many dogs in the U.S. know.

Right now, countless lonely dogs are stuck outdoors in all types of weather. Often, they’re deprived of even food, water, and veterinary care. Dogs are individuals who belong in loving homes—not on a chain. Please, don’t mistreat them on your island.

How should I treat Tom Nook?

Tom Nook is a tanuki, or a raccoon dog. Animals like him in the real world are beaten, gassed, or skinned alive for their fur. Cut him some slack.

How can I spread the animal rights message to other Animal Crossing players?

Customize your passport with a phrase like #EndSpeciesism, “Adopt, don’t shop,” or “Go vegan!”

Post a bulletin to instruct your visitors to leave wildlife alone.

How can I enjoy my island in an animal-friendly way?

Instead of fishing or catching insects, engage in humane activities when your friends come to visit your island.

You could have a bonfire …

… play music together under the stars …

… or discover a secret beach together!

Sit back and enjoy island life while knowing that you’re causing no real or virtual harm to animals.

Take a break from your island life and help real animals online today!