Thirteen-year-old Shi (aka “Shi LaChef“) has been running her own business since she was 8. Some people struggle with knowing what they want to do, but not her: She wants to help people. Specifically, she wants to help other kids get healthy by inspiring them to cook wholesome, tasty, animal-free meals! We chatted with her so that you can get to know her better.

When did you start cooking?

I started cooking when I was 6 years old.

How did you start cooking?

When I was younger, I had a tough time at home. I’m the middle child between two brothers, and I just didn’t seem to fit. I kind of felt ignored, and I used to give my mom a really hard time.

Then one day, I was watching TV with my cousins and this show called MasterChef came on. I saw Gordon Ramsay for the first time, and even though he yells a lot, there was something about him that I really liked, and I began to take his recipes and change them to vegan because my family is vegan.

When my parents noticed how much fun I was having, they began to support me by buying me ingredients and telling me, “Good job, Shi.” I haven’t stopped cooking since.

How did you start your own business?

Shi LaChef started as S.N.A.C. It Up! in 2012 after [I found] out that what I was doing at home to help myself (eating healthy and thinking good thoughts) could also help other children. I also realized that one of the reasons that children weren’t eating healthy was because they thought that the food wouldn’t taste good. That’s when I began turning supposedly “boring” foods like Brussels sprouts, cauliflower, and broccoli into delicious and inviting foods that children would love.

I want children to be encouraged and responsible even when their parents make poor food choices. That’s why my mom and I would do the “Think Inside the Lunchbox” skit everywhere we would go. I also know that children are more likely to listen to another child, and that’s where I come in!

What is your mission?

My mission is to motivate and inspire young people to eat healthy and think good thoughts so that my generation can live longer and be responsible for their lives at a young age. I want to reach all of the children in the world through my own television show, products, [and] restaurants and [by] speaking at events every chance I get.

I realized how important my mission is when I was speaking at an event and a kid about 11 or 12 years old came over to me. He was overweight, very nice, but appeared to be a little sad. He had snuck away from his parents and came and asked me if I could help him get healthy. This inspired me and made me want to do everything I can to help children get healthy and stay healthy.

What is the best part about owning your own business?

The best part about owning my own business is that I get to do what I love, help a lot of people, and set my life up so that I can make money and it [doesn’t] feel like it’s work.

What advice do you have for young people with a business idea?

Say positive things about your business idea and believe that you can do it even at a young age. You don’t have to wait until you get to college. Start doing small things, and get a mentor.

Tell me about your cookbook. What made you want to write it?

I don’t like to see children sick. I come from a family where we eat very healthy, and with childhood obesity and juvenile diabetes, I just wanted to take some of my favorite recipes and put them in a cookbook so that children can learn how to cook healthy for themselves.

This is my first cookbook. It’s called the S.N.A.C. it up! Cookbook With “Shi.“ It has a lot of fun and healthy recipes, positive-thoughts puzzles so children can feel good about themselves, and awesome fun facts about the ingredients. For example, did you know that coconut water was used in World War II in the soldiers’ IVs to save their lives?

You met President Obama. How did that happen?

Well, my mom’s friend’s husband is a secret service agent, and he knows that I’m a natural chef and that I love what Mrs. Obama has done to help children. So, he set it up for me to meet the president in Charlotte, North Carolina. It was amazing. President Obama ended up being in a hurry and was told that he had to shake hands and go. He shook my hand and passed me, and then he shocked me and came back, saying, “Now what were you saying?” I asked him to sign my cookbook, and he asked me, “Would Michelle approve of these recipes? Are they all healthy?” I said, “Oh, yes! They are all vegetarian.” He then signed my cookbook and told me that he didn’t write his first book until he was 33 and that I was way ahead of him. He was super-nice.

I see that you have a video series for children. Tell us about it.

It is the S.N.A.C. It Up! video series for children. It comes with eight episodes where I do healthy, super-fun cooking segments, exercise, and character building, where I teach them things like “taking responsibility,” “how to deal with fear,” and “how to use their wonderful ideas now.” Each episode ends with positive affirmations. Because I like to have fun, I made sure that the video series is fun from the beginning to the end.

Why is it so important to speak about positive affirmations?

We love how positive Shi is! When you’re positive and believe in yourself, you can make the world a better place for humans and animals. What do you think you can do to help other kids?

More Kids Who Are Changing the World 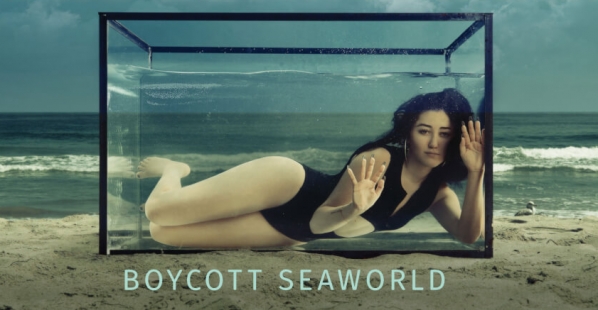 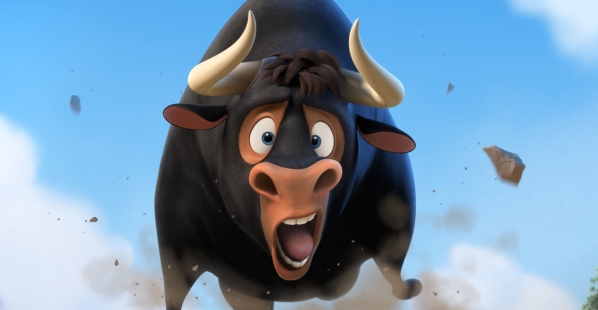 Why We Can't Wait to See the New Movie 'Ferdinand'