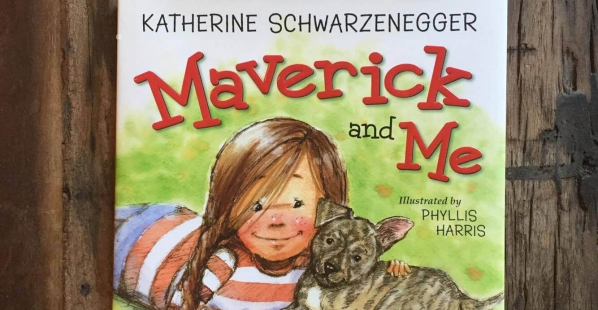 Why 'Maverick and Me' Will Be Your New Favorite Book

Noah Cyrus is making us cry … tears of joy, that is! She’s been dropping one hit track after another—and hitting the road performing for packed crowds as part of Katy Perry’s U.S. tour this fall. In the midst of her rise through the charts, Noah has still found time and energy to do what she loves most: be a staunch animal advocate. She understands that orcas are highly intelligent social animals who should experience the freedom of their natural ocean habitat, not be held captive inside the tiny tanks of a marine abusement park. She’s taking the time to tell SeaWorld, “Do the right thing, and release the orcas to a sanctuary.”

Made possible by James Costa and The Archibald Family Foundation, who proudly support PETA

In the wild, orcas have sophisticated social relationships, working cooperatively to find food and traveling up to 140 miles in the ocean every day. But at SeaWorld, they’re often trapped in incompatible groups. The tiny tanks they’re confined to leave them with nothing to do but float listlessly or swim in endless circles while enduring stress, frustration, and depression as well as the blazing-hot sun. They gnaw on the metal tank bars, often breaking their teeth, and are given drugs to manage stress-induced aggressive and psychotic behavior. SeaWorld should move these long-suffering animals to seaside sanctuaries so that they can have some semblance of a natural life outside these prison tanks.

Check out the behind-the-scenes video and exclusive interview from Noah’s photo shoot and see what else she has to say about SeaWorld:

Urge SeaWorld to Empty the Tanks!