Never Buy a Corn Snake: 6 Reasons to Keep Slithering Past the Pet Store

One of the most common types of snakes kept as “pets” are corn snakes, who are popular in the pet trade because they’re not very big, they’re highly available, and they’re considered to be relatively docile. These shy serpents are native to the eastern U.S., but their populations are declining, partly because reptile dealers abduct them from their homes and sell them to be kept in tanks for life.

If you’re thinking about buying a corn snake for your child, read these six good reasons not to and then ssskip the pet store:

Snakes sold as “pets” come from places like U.S. Global Exotics (USGE), which was one of the nation’s largest global supplier of exotic animals to the pet trade at the time PETA investigated it. It even had ties to suppliers to Petco and PetSmart. PETA found that USGE confined tens of thousands of animals in its facility and employed only a few staff members to “care” for them. Many of the snakes there had been removed from their natural homes and shipped from all over the world to USGE, where they were often kept in containers the size of shoeboxes. PETA documented that snakes died from untreated illnesses, infections, or injuries and that many experienced seizures. Their living conditions were severely crowded and filthy, and they were denied basic necessities, including food, heat, adequate space, and even water. Workers put hundreds of snakes in a freezer and left them to die.

Such suffering is common in the pet trade. During a PETA investigation into another supplier, a California dealer called Global Captive Breeders, snakes and other reptiles were so neglected that workers didn’t even notice when they had died. Enclosures that were little more than plastic containers were filled with rotting carcasses teeming with maggots.

Global Captive Breeders was full of snakes, such as this one, who struggled to breathe.

2. No terrarium could ever compare to a snake’s home in nature.

Corn snakes like to climb trees and slither around on the ground, but they are very cautious and often hide in underground burrows or beneath logs, rocks, or debris during the day. But they can’t engage in these natural types of behavior inside cramped glass tanks like the barren ones sold in pet stores, where they’re kept in solitary confinement.

Pet stores market snakes as “beginner companions” or “starter pets,” but taking proper care of a snake is nearly impossible and very expensive. They can thrive with a fluorescent light that emits low amounts of UVB, a heat pad that’s on 24/7, specific temperatures and humidity levels, precise diets and feeding schedules, and lots of space. In one survey, veterinarians estimated that the needs of nearly half of the exotic “pets” (including snakes) they examined weren’t being met.

And what if your child wants to cuddle with an animal companion? Snakes are not up for the job. They’re wary animals who don’t like being held, petted, or passed around. It’s stressful for them and puts them at risk of illness and injury, and since they can’t yelp or cry out, it can be difficult to tell when they’re hurt. It’s estimated that over a million snakes are kept captive as “pets” in the U.S., and experts believe that more than 70% of snakes and other exotic animals in the pet trade die before they even reach stores! One study found that 75% of “pet” reptiles, including snakes, die within one year—far short of their natural life expectancy.

4. Buying small animals to feed a snake supports the cruel pet trade, even if you adopt a snake.

Kind kids know that it’s never OK to buy animals from breeders and pet stores, but even if you adopt a snake, there’s no getting around the fact that they eat rats, mice, and other small animals who are typically bought from pet stores. Multiple PETA investigations into Petco and PetSmart suppliers uncovered horrors, including that live rats were stuffed into plastic bags and put in a freezer, where they were left to suffocate and freeze to death slowly—even as some frantically tried to claw their way out. Many of these animals were later sold as food for snakes and other reptiles.

5. A snake can make your child very sick, and vice versa.

Salmonella, which can result in blood poisoning, and other bacteria that can cause disease in humans are commonly found in snakes and other reptiles. Snakes can pass along pathogens that cause botulism (which can lead to paralysis and death), campylobacteriosis (bowel infection), trichinellosis (muscle, nervous system, heart, and lungs disease), and leptospirosis (liver disease). These diseases can result in diarrhea, abdominal pain, fever, or life-threatening conditions.

Corn snakes can suffer, too. Captivity can make them vulnerable to infectious stomatitis (mouth rot), internal and external parasites, skin infections, diarrhea, breathing difficulties, lethargy, swelling or discharge from the eyes and nose, regurgitation, vomiting, weight loss, and respiratory illness. Your family may not notice the symptoms, causing your snake to languish in pain—and treatments can be quite expensive.

6. Snakes have feelings and rights.

Imagine being forced to spend your life inside a tank that’s shorter than the length of your body. When snakes are confined this way, they suffer. Just like humans and other animals, they need to be able to stretch out to their full length—at the bare minimum—and they need mental stimulation, exercise, and room to move.

Animals are individuals who can form meaningful relationships with each other and have thoughts, preferences, memories, and problem-solving skills. Putting your child’s desire to “own” a snake above the animal’s need for freedom is speciesist. Every animal has the right to live free from human exploitation. Animals need to be allowed to lead a fulfilling life in which all their needs are met—and that means not being bought to be kept as “pets.”

You Can Help Snakes and Other Reptiles

Never buy a snake or any other animal from a pet store, a breeder, websites like Craigslist, or anywhere else. Ask friends and family not to support this deadly industry, either.

pledge to NEVER buy an animal 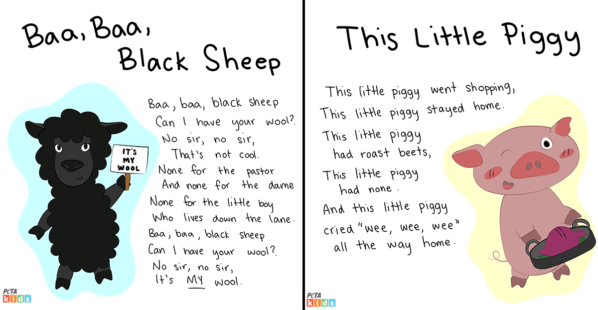 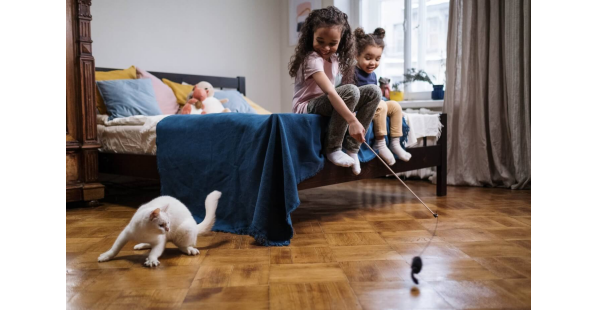