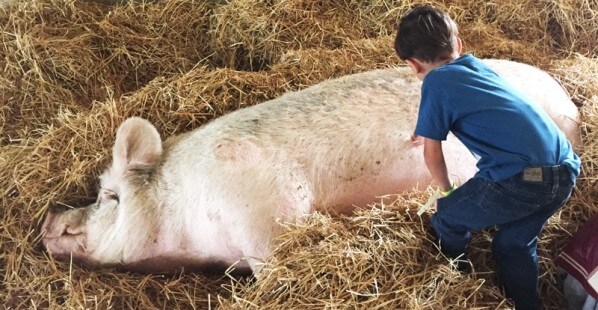 Has a teacher asked you to dissect an animal? If you felt weird about it and didn’t want to participate in the lesson, that was your conscience telling you that cutting into animals is wrong! Animals don’t want to be killed so that students can cut into them, and there are lots of very cool ways to learn about biology without hurting them—such as computer programs and models of animals. Not only do animal-free tools save lives, students like you can also learn even better by using them than by using real animal bodies.

Dissection is cruel and deadly to animals, and it’s not so safe for humans, either, because the bodies are often preserved in chemicals that aren’t good for us to breathe in. Animals aren’t ours to experiment on, eat, wear, use for entertainment, or abuse in any other way. When more students refuse to dissect real animals in class, educators will have no choice but to start using animal-free dissection tools instead—and millions of lives will be saved! Share this comic strip with your friends to spread the word. Now that you know why dissecting animals may not be safe for students, learn why using animals for food can be dangerous to humans, too: