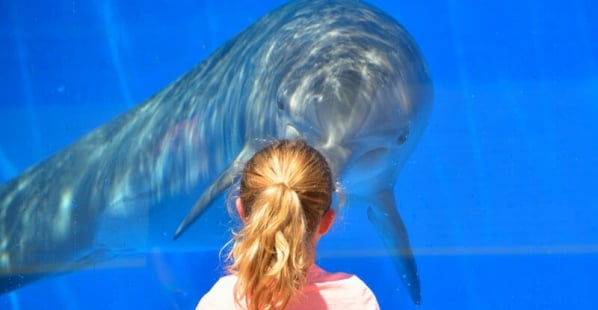 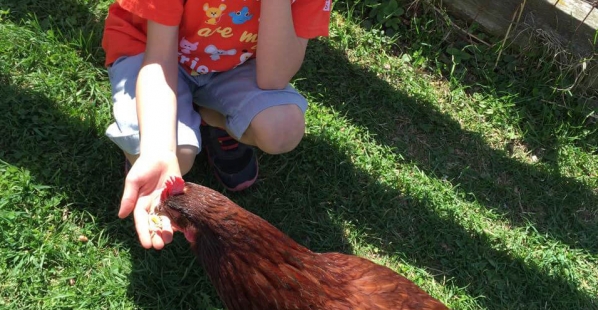 Have you seen Disney’s new film Moana yet? It’s a story about a teenage girl who is picked by the ocean to go on an adventure to save her island and her people. It might be our new favorite movie!

There is so much to love about it, like all the fun songs and the girl power that Moana shows. But our fave part is her friendship with Pua the pig and Heihei the chicken.

These two awesome animals are Moana’s sidekicks and best friends on her island home.

Here are three of the animal-friendly messages that we loved from the movie.

1. Pigs are friends, not food.

In the movie, Moana is eating and says, “That is some good pork.” Pua hears her and gets very sad when he realizes that she’s eating a pig—who was just like him. And that makes Moana sad, too.

Pua gets to run around carefree on a beautiful island with friends, but not all pigs are that lucky. Pigs who are used for food are forced to live in tiny, dirty spaces and are abused before they’re killed so that humans can eat them. Don’t you wish all pigs could live as happily as Pua?

Pua isn’t the only animal in Moana who helps the human characters learn that animals are our friends and not food. Heihei does, too. He is pretty silly, but did you know that chickens are actually very smart? They can solve problems, and they know that things hidden from view still exist.

Heihei is lucky enough to go on an adventure across an entire ocean. Chickens in the meat industry are kept in windowless sheds with thousands of other birds for their entire lives. But we think they should all get to be as happy and free as Heihei. Don’t you?

3. We should be kind to all animals.

Moana’s kindness to animals doesn’t stop with her animal BFFs. She got her powers from the ocean when she helped a lost baby sea turtle get back to his home.

She shows that good things happen when we’re kind to animals. She’s always doing everything she can to help her animal friends. She saves Pua from drowning. And she makes sure Heihei is safe in the boat on their trip.

We should all be more like Moana and stand up for animals. The easiest way to start is by keeping them off our plates!