Many children love being little chefs, but sometimes the toy foods they want to play with don’t have an animal-friendly option. You can help your little vegan play compassionately by putting a fun, creative spin on the toys they already have!

Farmed animals are sensitive individuals who like to frolic, explore new areas, and spend time with their friends and family. However, on factory farms, they’re often confined to small areas, beaten by humans, and hurt by other agitated animals. Ultimately, they’re slaughtered.

It’s important that we teach our children that animals aren’t here for us—they’re here with us! And that starts by showing them that we should leave meat and other animal-derived foods off our plates. Unfortunately, many companies that make pretend food and related toys—think ice cream trucks, kitchen sets, and more—include representations or replicas of animal-derived items, and that can be confusing for your little one.

While it might be easiest just to use the terms “vegan milk” and “vegan cheese” when playing pretend with toy food, you can also get creative! Some parents have shared with us ways they’ve veganized their kids’ play items. One family custom-ordered stickers that look like some of their favorite vegan products—like Miyoko’s Creamery vegan butter and Follow Your Heart vegan cheese. This made it super-easy for them to cover up the animal-derived foods that were painted on their child’s kitchen set.

Another family changed up the wording on the menu of their child’s play food truck. Instead of pretending to serve animal flesh, they used vegan options! The cruel BBQ joint turned into a vegan BBQ haven offering items like seitan ribs and vegan hot dogs. And vegan ice cream? No problem. They just switched up the wording so that everyone their little one was serving knew that this food truck was an animal’s favorite stop—not their worst fear.

Have you veganized a playset for your child? We’d love to hear about it! Email us at [email protected].

Your little vegan chef might be missing a vital item—an apron! Order kids their very own “Friends, Not Food” apron at the PETA Shop. 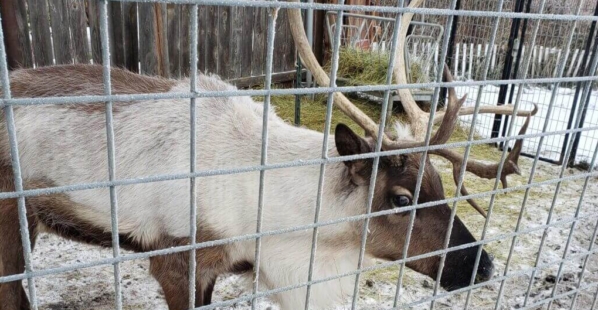 Christmas Events Are Anything but Merry for Reindeer 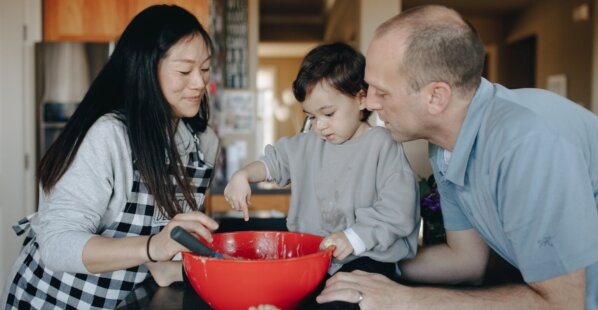