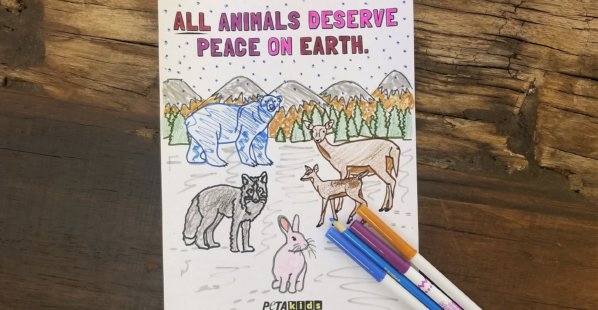 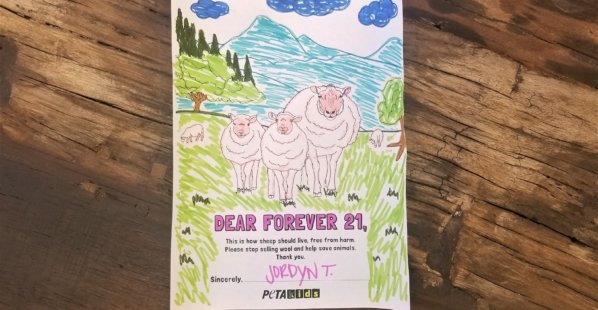 Forever 21: This Is How Sheep Are Supposed to Live

Show Love for Corky the Orca This Valentine’s Day

Corky was taken from her home—the ocean—in British Columbia 50 years ago.😔 Humans in boats attacked her and her family, or “pod.” They separated the babies from their mothers, and Corky, along with other calves, was abducted.

Today, Corky is locked inside one of SeaWorld’s cramped tanks, swimming in endless circles, while her siblings and other members of her pod still swim freely in the ocean.

In their ocean homes, orcas like Corky swim up to 140 miles in a single day. But at SeaWorld and other marine parks around the world, they’re forced to swim in tiny circles to amuse human visitors and spend most of their lives in small concrete tanks far from their natural home. That would be like forcing you to live your whole life in a bathtub! That wouldn’t be very fun, would it?

This Valentine’s Day, show ❤️ for Corky by sending the marine park a card asking it to release her to a seaside sanctuary, where she can live in a large area of the ocean while still being cared for by humans for as long as she needs. Just follow these four easy steps to speak up for her:

1. Grab some paper (any kind will work!) and some cruelty-free crayons, markers, or colored pencils. Use these materials to create your own special Valentine’s Day card.

2. On the card, tell SeaWorld that it should show Corky some love this Valentine’s Day by releasing her to a seaside sanctuary.

Here’s an example of what to write:

SeaWorld, please show Corky some love and compassion by retiring her to a seaside sanctuary. She deserves to spend the rest of her life in a more natural environment.

3. Snap a pic of your valentine and ask your parents to share it on their social media accounts. Be sure to ask them to tag @PETA Kids!

4. Mail your card to this address:

It doesn’t have to be Valentine’s Day for you to show love to all the animals stuck at SeaWorld. Give them love every day by refusing to go to this cruel abusement park and telling your family and friends not to go there, either! ❤️

What It's Like to Be an Orca at SeaWorld