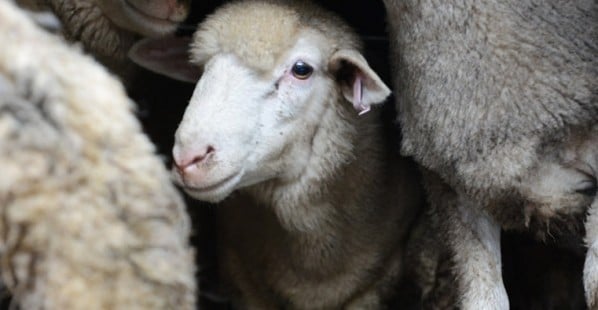 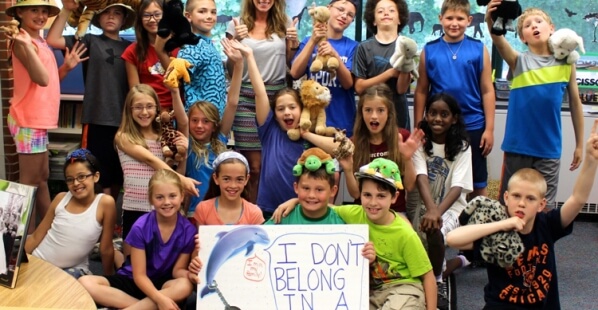 If you’re like us, you might be a serious Harry Potter fan. And no—we don’t mean the “I read all the books a while back” kind of fan. We mean the “I bring my magic wand wherever I go and wear my invisibility cloak around the house” kind of fan. But while reading the books and watching the movies, have you ever noticed all the subtle—and not-so-subtle—animal rights messages?

Here are seven times the best series in the world took up animals’ cause:

1. Every Being Deserves Respect

While she was at the 422nd Quidditch World Cup in Harry Potter and the Goblet of Fire, she saw a house-elf named Winky who was being abused by her master, Bartemius Crouch Sr. After seeing the creature treated so horribly, Hermione started the Society for the Promotion of Elfish Welfare—better known as S.P.E.W.—to fight for the rights of elves.

Hermione knows that it’s not right to hurt and bully someone simply because they’re not as strong as you are. And this isn’t the only example in which Hermione acts as a voice for magical creatures in need.

When heading down into one of the deepest and most heavily guarded vaults at Gringotts Wizarding Bank in the film Harry Potter and the Deathly Hallows: Part 2, Harry, Hermione, and Ron meet a chained, timid, blind, and beaten Ukrainian Ironbelly dragon guarding the way to Bellatrix Lestrange’s vault.

In order to get past the dragon, our heroes must use noisemakers, called “clankers,” to scare the dragon away, because the animal has been trained to expect pain when the clankers are shaken. Upon seeing the mistreatment of this lonely and neglected dragon, Hermione calls the practice “barbaric.”

Many dogs in real life are neglected and forced to live chained up outdoors instead of inside with their human families. Chained dogs often lack proper food, water, and veterinary care. They suffer (and often die) outdoors through freezing-cold winters and scorching-hot summers.

We can make sure that our animal companions get the attention and care that they deserve, just like the dragon who was finally freed from Gringotts, by allowing them to live indoors with us and providing them with everything that they need to live happy, healthy lives.

In a 2000 interview, author J.K. Rowling revealed that the house-elf chefs at Hogwarts are vegetarian-friendly! Even legendary Quidditch expert and best-selling author of Quidditch Through the Ages Kennilworthy Whisp enjoys eating animal-free meals. While wizards may have to special-order their vegan grub in the Great Hall, we can choose to cast a protective spell for animals simply by not eating them! Vegan meats, cheeses, milks, and more can be found at your local grocery store.

4. Make Zoos Do a Disappearing Act

Another great animal rights message from the series comes in the second chapter of Harry Potter and the Sorcerer’s Stone, when Harry and the Dursleys go to the zoo. In this chapter, we meet a lonely and bored boa constrictor who has been bred in captivity—meaning that he has spent his whole life on display instead of living freely in the wild. Harry himself says that living in the zoo “was worse than having a cupboard bedroom … [because] at least [Harry] got to visit the rest of the house.”

Animals in zoos are typically denied everything that’s natural and important to them, including the opportunity to fly, swim, run, hunt, forage, and more. Being denied these fundamental needs can cause “zoochosis,” a condition in which animals act strangely and even hurt themselves out of boredom and frustration. You can help make zoos disappear—similar to how Harry made the glass that enclosed the snake vanish—by never buying a ticket to the zoo.

If you’re like us, you cried like a baby when Dobby the house-elf died. He was a compassionate companion to Harry and his friends and had endless kindness in his heart. Dobby was enslaved by the Malfoy family, who forced him to do whatever they wished and made him violently punish himself on a regular basis. Harry set him free in Harry Potter and the Chamber of Secrets, and the two remained good friends.

Dobby’s story is the perfect example of why we should respect and stick up for those who can’t defend themselves. Just like Dobby, animals used by circuses such as Ringling Bros. and at marine theme parks like SeaWorld are treated like slaves.

Elephants used in circuses are yelled at, shocked with electric prods, and beaten with metal-tipped weapons called bullhooks.

Animals in cages and tanks have no quality of life. Elephants, tigers, and other animals used in circuses are abused, chained for hours, and forced to perform confusing tricks for human “entertainment.” At SeaWorld, orcas, who naturally swim up to 100 miles a day in the ocean, are forced to spend their days swimming endless circles in tiny concrete tanks.

Orcas at SeaWorld are confined to cramped tanks that would be the equivalent of having a bathtub for a “home” for your entire life.

Elephants and orcas in captivity can’t dissaparate (or escape) with you, but you can help them by pledging never to visit marine theme parks or circuses that use animals!

Before becoming a joke during the second rise of Lord Voldemort, the Ministry of Magic had created certain laws to protect animals. According to the Pottermore website, toads were widely used in the making of potions and charms centuries ago. However, the Ministry of Magic introduced rules against this cruelty, and such practices were eventually outlawed.

You can help animals used in classrooms by pledging to cut out dissection!

In Harry Potter and the Goblet of Fire, Hermione shows her concern about Barty Crouch Sr.’s firing of Winky, the Crouch family’s house-elf, whom we mentioned earlier. What Sirius Black says about the situation speaks to the meaning of how we treat animals today:

“If you want to know what a man’s like, take a good look at how he treats his inferiors, not his equals.”

Not that we would ever believe animals are “inferior,” but billions of animals suffer every year for food, clothing, entertainment, and experimentation—that’s far more than all the Death Eaters’ human victims combined!

You don’t need magic powers to make a difference. Even we Muggles can be heroes for animals. As Albus Dumbledore said, “It is our choices … that show what we truly are, far more than our abilities.”

Are you ready to work your magic for animals in need?